(An ad for a women's-only gym, snapped in New Jersey)

EWHAED is taking a blogging break for the month of August. I'll still be responding to emails, but won't be publishing any new material. Happy summer, and I look forward to seeing you in the fall!
Posted by drstaceyny at 8:45 AM 9 comments:

A recent New York Times Article, titled “Too Fat and Pregnant” warns against the dangers of gaining weight during pregnancy, particularly among the already fat population. The article notes that the already-fat demographic is more likely to experience complications with pregnancy, including hypertension and diabetes. Moreover, the fetuses of fat women are often too large to navigate the birth canal, resulting in a higher incidence of cesarean sections. To combat this, new crops of bariatric obstetric centers are advising fat patients not just not to gain weight during pregnancy, but to lose it.

That's a wonderful recommendation that comes with just one minor flaw. I might be being a little presumptuous here, but if weight loss were possible, wouldn’t the mother have done this already? How is it going to be any easier when she’s with child? Don’t we already know how difficult it is to lose weight, not to mention lose it and keep it off?
Posted by drstaceyny at 8:23 AM 24 comments:

There are two phrases in our diet vernacular that I find particularly irksome. The first is, "She let herself go." She did? Where'd she go? How's the weather out there? The second has a more positive connotation and is typically reserved for post-diet or -pregnancy changes: "She got her body back." Wait, where was her body? Was there a ransom involved for its return? Any other common statements you can think of that are similarly provocative?

As I sat in a nail salon this morning pondering these phrases and why they seem to hit a nerve, a woman, obviously a regular, entered the salon. "Manicure or eyebrow wax?" an employee questioned. "Bikini," the woman responded. Already primed to think about our language and what it signifies, I began thinking about the concept of a bikini wax and why we call it that. If we're there to wax our legs, we don't call it the shorts/miniskirt wax. When we're there for our eyebrows, we don't ask for a sunglasses wax. Why must we misrepresent our genitalia, only referring to them as the parts of clothing we use as cover? What's so wrong with calling a spade a crotch? Anyone willing to ask for a pubic/labial wax?

I exited said nail salon, picked up my Iced Mocha and walked into my office building. An elevator companion noted, "Your drink smells good." "It's a mocha, I replied," to which he commented, "I hate to mention the amount of calories in that."
Posted by drstaceyny at 11:54 AM 14 comments:

Another Carcass, Courtesy of Calvin Klein (Window display, Madison Avenue)
Posted by drstaceyny at 8:46 AM 7 comments:

Liz Vaccarielo, Editor-in-Chief of Prevention magazine, recently posted about watching The Biggest Loser with your kids--about a reader, who mentioned watching the weight-loss show with her five-year-old daughter, Vaccarielo writes:

My first thought: Tragic! Five years old is too young to worry about her body. But then this controversial light bulb went on in my head: The Biggest Loser should be mandatory viewing in grade schools, and ever mom should watch with her kids. It's never too soon to start teaching kids what it takes to be healthy, especially when the rate of overweight children ages 6 to 11 had more than doubled in the past 20 years. And The Biggest Loser message is crystal clear: It's a whole lot easier to just not gain weight in the first place.

I'm pretty sure you know my thoughts on this (not to mention the fact that if you're interested in teaching healthy living, why not enlist your daughter's help in the kitchen or take her on a walk outside or to pass around a soccer ball--rather than watch TBL?), but I'm interested in yours. . . .
Posted by drstaceyny at 1:31 PM 18 comments:

In a forum in which most of us have a surplus of food, it's sometimes difficult to remember that much of the world does not. I stumbled upon Free Rice, a website designed to making a dent in the world hunger crisis. Today, rice supplies are frighteningly thin--linger on Free Rice in order to do your part, while, at the same time, nourishing your lexicon. How many grains of rice have you donated? What's your best level? Enjoy!
Posted by drstaceyny at 8:26 AM 2 comments:

You've just greeted a girlfriend you haven't seen in a while. You know what comes next, don't you?

And, henceforth, the greeting is complete. We've exchanged appearance-focused compliments, we've established a competitive cease-fire and now, only now, can we begin to communicate.

I decided a while back that I didn't so much like this game. I make a pointed effort not to focus on others' appearances and don't like how banal these greetings have become, uttered often, it seems, without thought, as simply a formality. I wonder, how can I look great all the time? Don't I just look average then? Shouldn't we reserve these niceties for when we really do look great? Philosophical arguments aside, I don't hate the players, just the game, and so I started curtailing my own compliments and quickly changing the subject when a friend would voice her obligatory praise. "Thanks, how have you been doing?", I'd redirect.

Why the focus on appearance? I sent out a website link, recently, highlighting a professional accomplishment of mine (which contained a bio and photo), and received from several recipients, "You look really pretty." Now, it's not that I don't like to hear that. I do. But, how about the fact that I've accomplished something, that I'm more than the sum of my features, that I'm making strides as a woman, but that society keeps throwing me back in my allotted space? How about that? Is "pretty" the greatest compliment of all?

I realized, recently, that it might seem rude, when greeting others, not to respond tit for tat, and that I haven't informed those I know that I've altered the rules of play. So, let it be declared that a) You're all beautiful, but b) That's not the point. I choose not to comment (or focus) on your appearance, because I'd rather connect to the warmth in your smile, the strength in your voice, and the wisdom of what you have to say. That's why I call you a friend.
Posted by drstaceyny at 12:00 PM 14 comments: 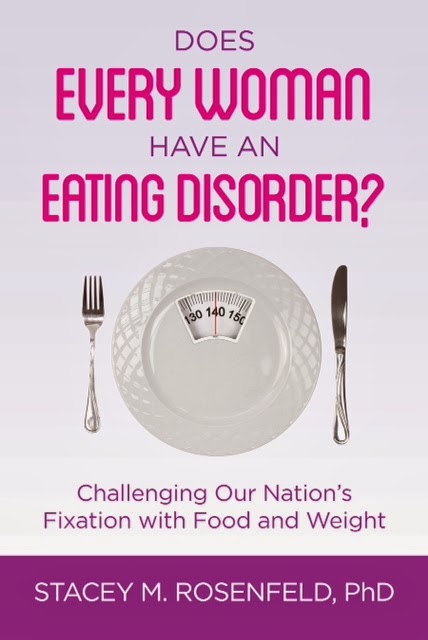